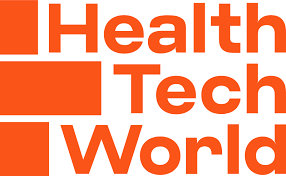 Using automated, AI technology Bridgeworks is able to combat the issues of latency and packet loss, meaning that data can get to where it needs to be quicker.

Health Tech World spoke with Bridgeworks CEO David Trossell, who joined the company in 2000 and is a recognised visionary in the storage technology industry.

He has been a key influence in developing Bridgeworks’ intellectual property and leading technology edge. He has also authored and co-authored 18 international patents in his career of developing transformational IT.

HTW: What issues arise when transferring data over long distances?

DT: There are three main issues. Firstly, the speed of light isn’t fast enough. It’s 300,000 kilometres per-second and when you pull it down a piece of fibre optic cable, you lose a third of that speed. So, you’ve lost a third of your performance.

Secondly, we use what we call the Internet Protocol, TCP IP, which is a very good protocol because it makes sure that the packet gets there one way or another, but it has its disadvantage going across distances. TCP will only send so many packets before it says “okay, I’ve sent enough packets, I need to know that they all got to the other end”, so now we have to wait for it to send an acknowledgement.

For example, it takes 100 milliseconds to send data packets between London to New York and to receive the acknowledgement. That means, this process can only be achieved ten times per-second.  When the time is brought down to one millisecond, we can do it 1000 times per-second. So the further the data needs to go, the slower it’s going to move.

Finally, we have a phenomenon on the network called packet loss. And that can have a devastating effect. When you combine the speed of light, not being fast enough with the TCP IP protocol, travelling over long distances, packet loss creates problems where you can lose more than 90 per cent of bandwidth performance.

HTW: How do Bridgeworks’ products combat those issues?

DT: While we’re waiting for that connection to transmit the data and receive the acknowledgement, we’ll open up another connection on the same piece of wire to send more data. And then while we’re waiting for those first two acknowledgements to come back, we send another bunch of data across and another bunch of data and then another.

And as that first connection acknowledgement comes back, we then reuse that connection to send more data. So, it’s a bit like a Gatling gun. We fill up that connection with packets, so it keeps firing them off one after the other which increases performance.

We can’t reduce latency, the only way to reduce latency is to literally shorten the distance between the two points. But by reusing connections we are normally able to boost performance where we’re using 90 to 95 per cent of the customer’s available bandwidth, which is a massive improvement.

HTW: How does the AI element work?

DT: The AI element is what differentiates us from anybody else on the market. We designed this product, got it running then showed it to the International Data Corporation (IDC) and asked for their opinion. They said it was brilliant and suggested we build a massive dashboard so customers would be able to twiddled all the knobs and adjust the parameters.

I came back from the IDC feeling slightly disappointed, then I had a brainwave. One of the graduates who had joined the company had just completed a PhD in Artificial Intelligence. I asked him if we could put AI together that could manages all these parameters and the way the data flows across the network. He said yes and we got together with Portsmouth University and built the AI programme.

So it manages the way the data flows across the network and how many connections we should have while reacting to changes on the network.

It also hunts out the best performance by constantly reorganising itself to adapt to the different conditions so it can find the best possible tracks. And once you install it, that’s the last time you have to touch it. We’ve got customers who haven’t touched it for seven or eight years, so by constantly working in the background it removes the burden from the customer.

HTW: Have the products been used in healthcare settings?

DT:  CVS, a $100bn-company in America, was one of our first customers. We help them transfer data from Phoenix to Rhode Island, which is about 3000 miles. Our programme keeps the entire CVS infrastructure up to date, so if there is a disaster or a need to format, it’s all there.

We also work with the US branch of the National Institute of Health (NIH), which is massive organisation. We can’t talk too much about them but they are one of our biggest customers and they transmit huge amounts of data each day so they really  benefit from our programme.

What the NIH and CVS really like about the product is that we can accelerate encrypted data, which a lot of technologies can’t do.

We don’t store any of the data in our products either. So once the transmissions finished all of the data goes out of our product, so if anyone steals it or tries to hack it, there’s no data there.

They also like that we don’t touch the data, we don’t try to manipulate it or compress it. We just move it very, very, very fast.

HTW: Are the products useful in a healthcare setting?

DT: The fact that we don’t manipulate the data in any way is very useful in a medical setting because a lot of health data needs to be encrypted. Our programme allows organisations to keep their own encryption keys in their company, they don’t have to store them on the network.

There have been plans to digitise the healthcare service for a long time. If it’s done correctly, there shouldn’t be any issues incorporating modern technology, like handheld devices and mobile phones, into the service.  With our system, you’ll be able pull up data and records from across the whole National Health Service (NHS), with a single click.

As more hospitals are being targeted by cyber criminals, they are looking to create off-site secure backups that criminals can’t reach. That’s exactly what we do, our technology allows two hospitals within the same county to be each other’s backup disaster recovery centres. And that way it stays within the NHS, where they don’t have to rely on a third party provider.

DT: We developed a programme with the UK Cabinet Office, where we offer our products for free to the UK’s National Institute of Health (NIH) or any university or company that are investigating to find solutions to Covid-19.

We also assist the NIH division in the US in offering our Covid-19 response.

HTW: What’s next for Bridgeworks?

DT: Faster and faster! Most of our customers are using 10 or 20 gigabit circuits. They’re now talking about moving to 100 gigabit circuits so trying to work out how you move data that fast is going to be a global challenge.

We continue to support STEM programmes in the UK and look to offer this support to international colleges and universities. We are also working to add more cloud features to our technology. We work mostly with big tech companies who are already using or migrating to the cloud. But as more industries struggle with data management issues, we see our technology leading the charge for innovation, change and client success.