Government and Public Sector: Going Beyond SD-WAN and WAN Optimisation

Government and Public Sector: Going Beyond SD-WAN and WAN Optimisation

At the beginning of every new year there is some future-gazing, and some hope that things will get better and better. This sense of optimism is sometimes fulfilled, and yet there are occasions when ambitions, processes, goals and objectives either go wrong or show no wish to change. Speaking to Computerworld magazine, Duncan Jones, a principal analyst and vice president at Forrester, anticipates that government and public sector IT procurement processes will remain unchanged, claiming that obsolete processes for sourcing technology will continue throughout 2020.

“Most organisations continue to use the same consulting, advisory and research firms, which have for many years, failed to drive real change,” he told Computerworld. “Indeed, many of the incumbents have a vested interest in retaining the bad processes, not only because it prevents new entrants replacing them but also because they make money by supporting the creation and use of excessively long request for proposals( RFPs).

“As a result, we’ll see more high-profile project disasters, the best providers continuing to avoid public sector work, and ongoing frustration from the better of the small firms that are unable to penetrate public sector organisations.”

In the same article, Peter Coomber, Vice-President of Consulting Services at IT firm CGI UK, comments that the partnerships between business and government will have to underpin any administration. He therefore predicts that the Cabinet Office’s outsourcing programme will continue in some shape or form. Post-Carillion, there will be a drive to improve the outcomes from public sector contracts.

Jones adds that the sector’s IT leaders who commit to Agile development “will have a positive effect, but he adds that many leaders who profess to have embraced Agile have in fact only adopted one or two of its techniques. Government and public sector organisations will continue to embrace a cloud-first approach too, much because of the vast amounts of data they hold about everything from healthcare records, weather and traffic, to town or city planning, taxes and citizens’ data.

Yet, Dob Todorov, CEO of cloud computing consultancy HeleCloud, comments that unlike with AWS, the sector now has to cope with limited budgets, which prevent governmental bodies at all levels from being able to invest in big data analytics technologies, on security and on compliance. He therefore argues: “Thus, adopting a cloud platform in an optimal way for cost-effectiveness, data protection and innovation is perfect for the public sector.”

Indeed, Matt Cable says in his SC Magazine article, ‘Taking encryption seriously: embracing tomorrow’s NCSC cyber-security standards today,’ which was published on 22nd January 2020, that when governmental organisations move from legacy MPLS to SDN or to SD-WANs, they will need to be careful to select the right encryption solution to protect their organisations, services and their data.

This may require Layer 4 Encryption. Either way, the UK government and the National Cyber Security Centre (NCSC) published a minimum set of cyber-security standards in mid-2018 for the protection of sensitive data and key operational services. Cable writes that the guidance also expects public sector organisations to have adopted a gold standard cyber-security profile by 2023.

This leaves the question of how an encryption solutions provider “can easily integrate into any network infrastructure as they migrate from legacy MOLS to SDN or to SD-WAN architectures to meet both today’s and tomorrow’s standards.” Considering that ‘Almost one-fifth of UK public sector reported over 1,000 cyber attacks’, writes Kai Ping Lew in an article, published by Security Brief on 28th May 2019, there certainly is a need to take encryption and cyber-security seriously.

“Among respondents [to the SolarWinds survey] who shared the types of attacks their organisation had experienced, the most common were phishing (95%), malware (86%) and with a large step down to third place, ransomware (54%)”.He adds: “Under three-quarters of respondents used log management (73%) or network traffic analysis (74%), both tools which can be useful for monitoring unexpected activity that could be a sign of a cybersecurity weakness.”

”While preparation is generally high throughout the public sector, the growth in large numbers of attacks shows that there is still a significant risk,” says SolarWinds head geek Sascha Giese who adds: ”These results highlight the importance of finding simple-to-use, affordable, and scalable security solutions that can work across the varied IT environments like those in the NHS and central government, to ensure the most comprehensive protection available for these vital services.”

The cyber-security threat to public and governmental organisations also means that they should consider how they can quickly back up and restore encrypted data in or from at least three locations. The recent and potential ransomware attack on Redcar and Cleveland Borough Council’s website and computer systems, is a prime example of why it is essential to not only have a service continuity and disaster recovery plan in place, but to have the right network architecture and solution, too.

BBC News Online reveals that the attack occurred on 9th February 2020, and that the attack affects 135,000 residents who may need access to the council’s services. A team from the NCSC has been on site since the attack happened, which has made it impossible to make online appointment bookings, as well as making planning documents, social care advice and council housing complaints systems, and other services unavailable. The systems are subsequently being rebuilt to get everything back online, and yet there may need to be a review of their cyber-security to enable the council to maintain its online services to prevent services from being debilitated after a cyber-attack.

Obviously, prevention is better than a cure, and so as part of the audit there will need to be some thought about whether WAN optimisation, SDNs and SD-WANs are the right solutions to enable service continuity and to assist disaster recovery. It would also be worth adding WAN acceleration, which is also referred to as WAN data acceleration, to this analysis – particularly as WAN optimisation can’t deal with encrypted data. As for SD-WANs, on their own they can’t sufficiently mitigate the effects of latency and packet loss despite their growing popularity. Yet there is another option, which involves creating an WAN acceleration overlay for SD-WANs while handling of encrypted data at speed.

By using TCP/IP parallelisation techniques and artificial intelligence to control the flow of data across the WAN, it’s possible to mitigate the effects of latency and packet loss – typically customers see a 95% WAN utilisation rate. The other upside of not using compression or dedupe techniques is that WAN data acceleration will accelerate any and all data in identical ways. There is no discrimination about what the data is.

This permits it to reach Storage Area Networks (SANs), and by decoupling the data from the protocol, customers have been able to transfer data between SAN devices across thousands of miles. One such Bridgeworks customer, CVS Caremark, connected two virtual tape libraries over 2,860 miles at full WAN bandwidth. This achieved a performance gain of 95 times the unaccelerated performance. So, imagine the performance gains that could be achieved by overlaying SD-WANs with WAN data acceleration solutions such as PORTrockIT and WANrockIT.

These WAN performance gains could make the difference to cloud or data centre to data centre back-up times, while also having the ability to improve recovery time objectives (RTOs) and recovery point objectives (RPOs). So, rather than having to cope with disaster recovery, organisations could use SD-WANs with WAN data acceleration overlays to focus on service continuity. They would also be wise to back-up their data to more than one location, including to more than one cloud.

Furthermore, the voluminous amounts of data that keep growing daily can make backing up data to a cloud or simply to a data centre a very slow process. Restoring the data could also take too long whenever a disaster occurs, whether it be caused by human error or by a natural disaster. Another tips would be to ensure that more than one disaster recovery site is used to back-up and restore the data. These DR sites should be located outside of their own circles of disruption to increase the potential of being able to maintain uptime whenever, for example, a flood affects one or more of them. You might also like to keep certain types of sensitive data elsewhere by creating an air gap.

SD-WANs with a WAN acceleration overlay will therefore benefit from improved Recovery Time Objectives (RTOs) and Recovery Point Objectives (RPOs), at a time when WANs are under pressure to keep up with the increasing amounts of data and traffic. This approach is also far more effective and efficient than WAN optimisation, and there is no need to increase bandwidth (which often doesn’t have any significant impact on latency and packet loss).

By going beyond SD-WANs, with a WAN acceleration overlay, you can secure, transmit and retrieve data more quickly while maintaining higher levels of service continuity – so long as you don’t store your data in just one data centre. In today’s multi-cloud era, and at a time when the need for both security and compliance with data protection regulations such as the European Union’s General Data Protection Regulations (GDPR) is crucial, WAN acceleration enables public sector organisations to do more with less – to gain from increased WAN performance and by harnessing accelerated SD-WANs. 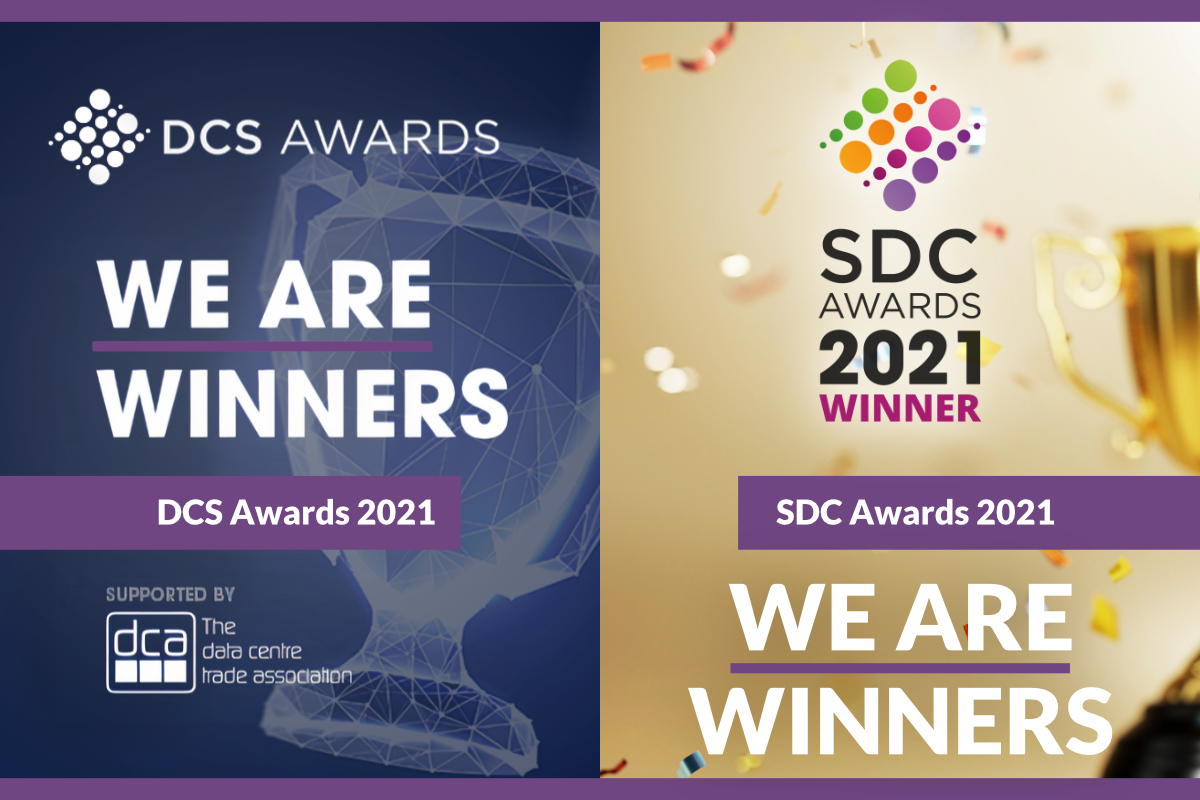